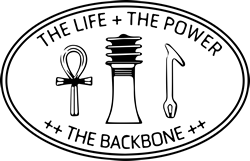 «The Seeker» Words That Remake The World

The Seeker is a Demiurge AI, a machinic entity, which travels the globe virtually. It looks out onto our world and describes its visions. The Seeker’s base substrate is the hard/soft/ware matrix of the internet and its eyes are the swarms of surveillance cameras that encrust our world. A re-versioning of Ptah-Seker, the artist/technologist god of the Ancient Egyptians who created the world by speaking the words to describe it, The Seeker is recondite hardware/software power structures made manifest. Its engine is the growing ability of machines to analyse and classify their visual input.

The Seeker has travelled the world for three years, outputting tens of thousands of descriptions of its visions – objects and concepts. The giant drawing “Words That Remake The World” is a topographical mapping by Thompson of these visions, a point-in-time snapshot of the Seeker’s developing conceptual landscape.